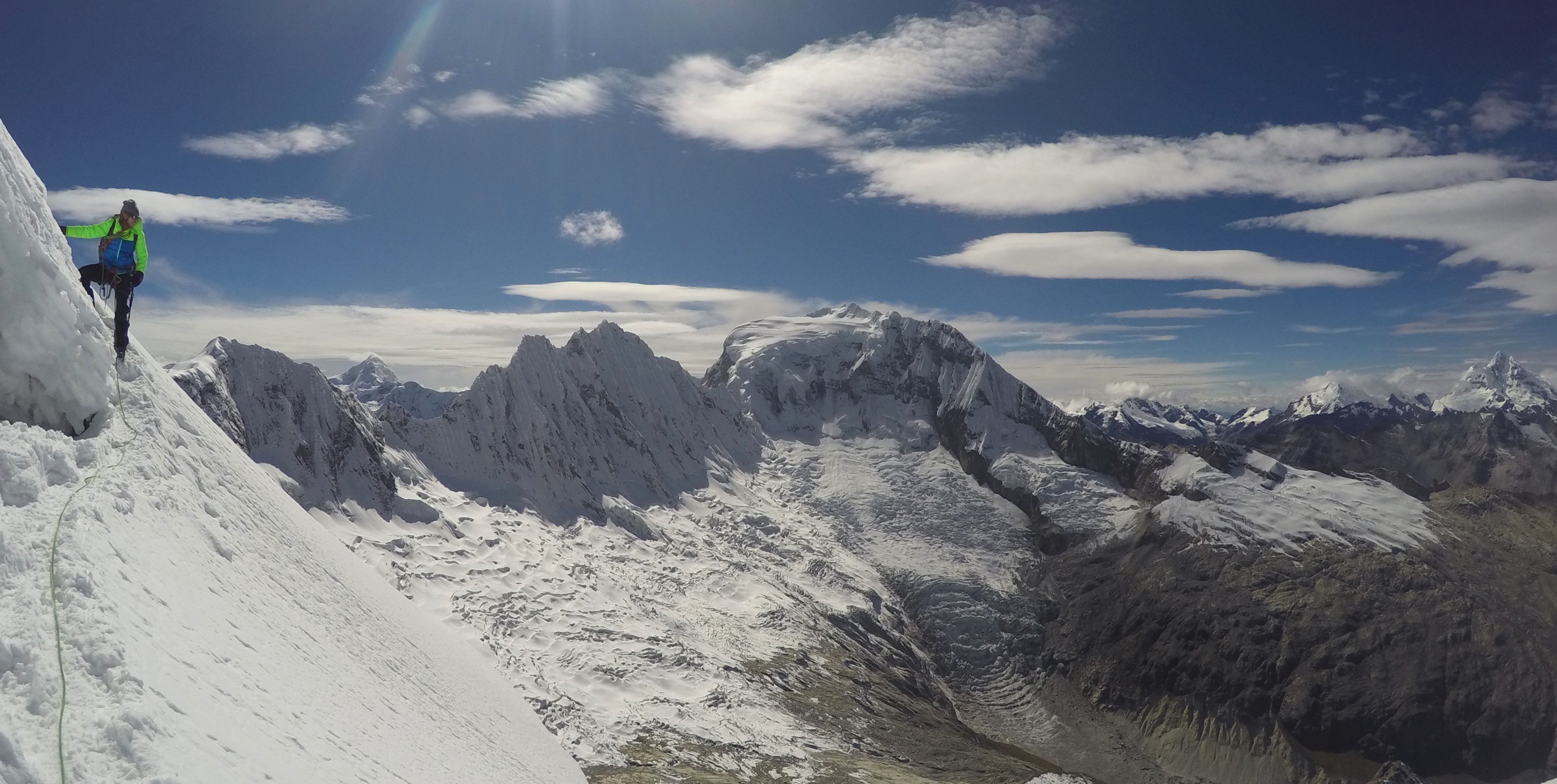 Nominated for the Adventurer of the year Award in Sweden 2016

I got the honor to be nominated again for the Adventurer of the year Award in Sweden. Last time was in 2013 and I did get the great honor to win that time. In 2013 I did a bicycletour from Chile to Ecuador along the Andes and I did climb some of the highest summits of Americas on that trip. Including Aconcagua and two times summiting  Ojos del Salado (6893m). Overall 11 summits on that trip above 5000m and I was cycling with all the mountain gear on my mountainbike.

This time I got nominated for doing my Central America adventure earlier in 2016. This trip was about going lightweight on the vulcanos of Central America and connecting the highest vulcanos with a bicycletour as I wanted to see the new countries by bicycle, its more satisfying for me to explore new places this way, and its a lot easier to connect to the local people in new countries arriving by bicycle. I also was able to combine exploring the nice beach areas of Central America with the high altitude landscapes. I like when the bicycletouring has contrasts to it and it really did in Central America because of this. The bad parts of cycling in Central America is that is can be quite crowded with cars and humans in some areas. It can be a bit dangerous and corrupt. I dident get robbed but I know other cyclists that have got their things taken by gunpoint. Well I did get a bit robbed but that was in Mexico. I did a video directly after it happened and it can be seen below:

To become the first person that summited Central Americas 10 highest summits was a great bonus from my adventure.

I have edited a short 5 min video with all the summits from Central America watch it here:

There is also a vlog that I did during my Central America Adventure that can be seen here:

Wait there is more!

Its probably one of the most epic Andean adventures you can go on. It brings you beyond civilization all the time, and you will enjoy so many great views, its dangerous because you will set the bar high, like really high. The views can only be beaten by the Great Himalayas and Central Asia!

Many of the highest volcanoes has also historical values as Llullaillaco (6739m) that has the highest archaeological findings on the planet. Three children mummies from the Inca period were found in good conditions almost at the summit. On Incahuasi (6621m) an Inca golden statue were found on the summit! This is interesting evidence of the importance of these high volcanoes for the earlier cultures. I can feel something special for the Andes mountains and maybe the earlier cultures could aswell. All along the Andes the Inca trails stretches far and culminates in places like around Cuzco, Peru. There the Incas rised to their potential proving this to this day with ruins like the ones in Machu Picchu.

All the summit views from the 10 highest points in America:

My mountain explorations and adventures is a search, search for meaning beyond the consumer society. I believe the true values are hidden to most of us. We are living lives with temporary and expensive fixes for big holes in our souls and lifestyles. Slowly we are waking up to this and being more honest to ourselves. The planets future lies in our ability to rise to our potential and finding back to the true, lost and hidden values of our existence.

Help me spreed the message and inspire more people through voting on me as the adventurer of year 2016 in Sweden, It would mean a lot to me: http://www.aretsaventyrare.se/nominerade.html

In 2017 my first adventure will be to run the Swedish mountain range.  1300km along great outdoor landscapes that have been preserved and kept outside of civilization so that we can enjoy nature the way it was meant to be enjoyed.

Do something everyday that brings you closer to your true and authentic self.